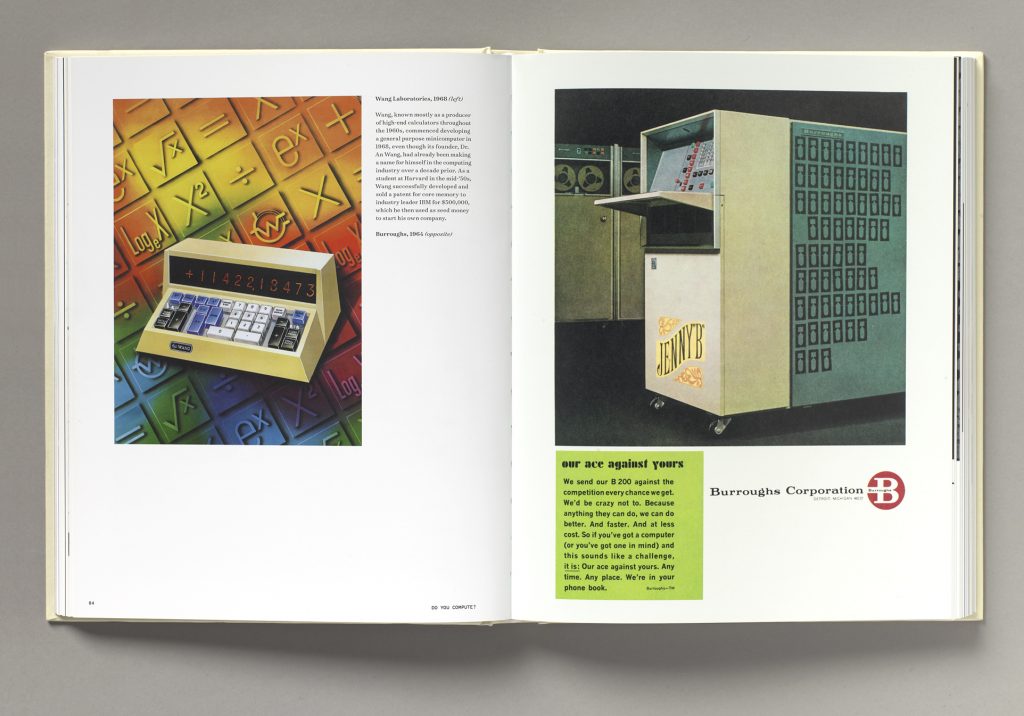 The history of our relationship with technology is certainly interesting. Having tech in our houses or our pockets has become so normal that it is pretty weird if you don’t have the latest iPhone.

I came across a book by Ryan Mungia and Steven Heller called Do You Compute that offers a broad survey of the best computer advertising from the 20th century. Here is a summary from the publisher’s website:

Before Alexa and the iPhone, there was the large and unwieldy mainframe computer. In the postwar 1950s, computers were mostly used for aerospace and accounting purposes. To the public at large, they were on a rung that existed somewhere between engineering and science fiction. Magazine ads and marketing brochures were designed to create a fantasy surrounding these machines for prospective clients: Higher profit margins! Creativity unleashed! Total automation! With the invention of the microchip in the 1970s came the PC and video games, which shifted the target of computer advertising from corporations to the individual. By the end of the millennium, the notion of selling tech burst wide open to include robots, cell phones, blogs, online dating services, and much, much more.

It’s quite amusing to look at these advertisements. The magic and wonder of new technology, the total fascination with an eery nod to science fiction. Here are some of my favorite images from the book: